News from our
blog. 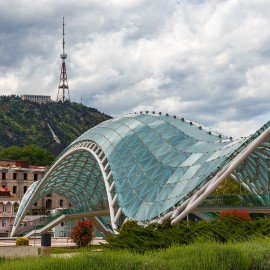 Summer In Europe: The 20 Safest Places For Travel And Tourism Post-Coronavirus, According To European Best Destinations 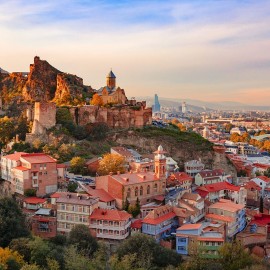 Mountains, hiking and wine: Georgia aims to open to international tourism in July

The Georgian government announced that domestic tourism can resume from 15 June while borders could open to foreign tourists as early as 1 July. 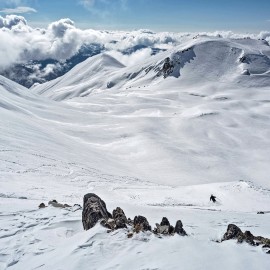 The Rockies, the Alps, the Caucasus? Georgia Plans for the Future

This country has beautiful mountains, dependable snow, hearty food and welcoming people. Now they just need to decide how to build a tourism industry.
I was descending a Georgian mountain pass in a rented Renault Duster when, rounding a curve with six-foot snow drifts to either side, a dark and narrow tunnel came into view. Looking down the mountain, I could see the other end of it — and an apparently endless convoy of eighteen-wheelers making their way up, entering in the opposite direction. I couldn’t imagine how we’d fit alongside each other, but I pressed on, only to find myself in a black hole. The headlights illuminated nothing. I rolled down the window — one of those useless things you do when beginning to panic — and realized that we were in a cloud of black truck exhaust so thick it was blinding. 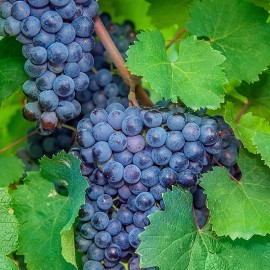 Why Georgian Wines Are Among The Most Unique On The Planet

It was an affirmation for many long-standing fans of the country and its winemaking tradition, which is ancient and, at the same time, a grassroots movement.

We had the best time and place to spend our short vacation in September 2017 - Georgia. Still mesmerized with its wonders. From the the old town of Tb ...
Show more...
Rosselle Artates-Estanol
Me and my wife visited Georgia in the month of Feb 2018 from Doha. I got in touch with Irakli from OpenGeorgia. He made a 6 day itinerary for us, rang ...
Show more...
Deepak Nalla
Hi my name is Raul and i live and work in Qatar. The 1st time i came and experienced Geogia was the most unforgettable in my life, i came December of ...
Show more...
Raul Mescallado Manzano